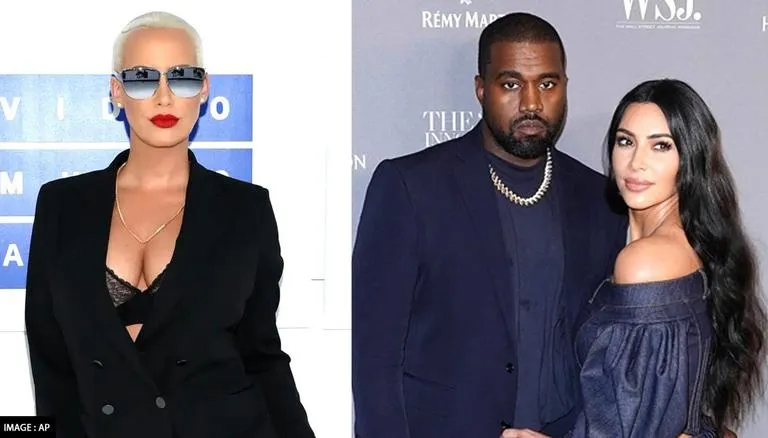 In February of Last year, Kim Kardashian Filed to divorce his Husband Kanye West and this left shocked their fan now Kanye West’s ex-girlfriend Amber Rose said in an interview that she has already seen this coming. Amber Rose and Kanye West dated each other in 2008 from their separation in 2010 and she recently said that she had seen the divorce of both of them.

Speaking more about their Divorce on her podcast, Rose banter I feel what about whatever about him it’s my feelings about him because it’s a very positive thing about Kanye Whoever was between us is now a thing of the past and I always wish the best for him and later on she speaks more about their Divorce that when they finally got divorced I was like Ummmm but Kim seemed very happy with Pete Davidson now

When she was asked that is she saw their divorce is coming, she replied of course yes. And Amber also apologies for her past tweet that she posted for Kim Kardashian in that tweet she referred to Kim’s surname as Kardashian’s.
In her defense, Amber Rose mentioned Kim Nor her sister deserve that tweet and y’all shouldn’t cosign that either.

Kim is already happy and looking forward to her relationship with Pete Davidson. The couple seems to be happy with each other, Kim Kardashian was recently spotted at the Cairns Airport in Queensland, Australia where Pete was shooting for his comedy Film called Wizards!! The famous star and businesswomen choose to wear all black, carrying a small bag, and wearing her platinum blonde hair up in a bun.
The couple was hardly four weeks apart and then Kim K landed in Australia.