Xiaomi 12 Lite 5G is going to be launched very soon. Girls are going to like this phone very much. Because it will launched in pink color and its camera will also tremendous.

Xiaomi 12 Lite 5G is expected to launch soon in Europe and Asia.

A video of the unannounced smartphone has surfaced (via Twitter). In the video, the phone is see in a new color and different design. Live shots of it appeared on Weibo in April, and now its hands-on video has surfaced. Girls are going to like the new color very much. The pink variant of the phone is visible in the video.

Have you seen the xiaomi 12 lite leaks? pic.twitter.com/FKOVfdC6WP

The video reveals that it will equipped with a flat display with a punch-hole in the middle and slim bezels. Its chin looks a bit thick compared to other bezels. On the right side of the device is the volume rocker and power button. It can embedded with an in-screen fingerprint scanner. The rear of the device houses a triple camera unit in the top-left corner.

The key features of the Xiaomi 12 Lite 5G can mentioned on the plastic film, which is place on the screen. This suggests that the smartphone will sport a featherweight and slim design, a studio-level 108MP triple camera unit, 67W fast charging and 120Hz AMOLED display. 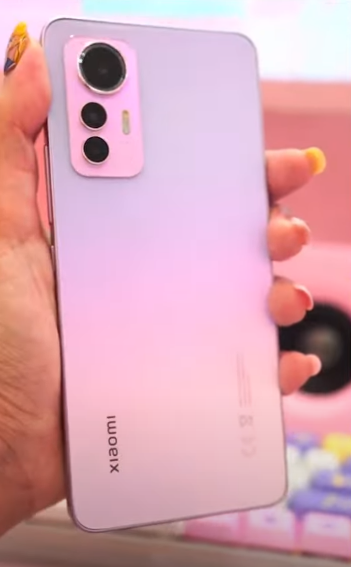 The Xiaomi 12 Lite 5G is likely to powered by the Snapdragon 778G and MIUI 13 based Android 12 OS. It can have a 16MP camera for taking selfies. Its rear setup will include a 108MP main camera with OIS support, an 8MP ultra-wide camera and a 5MP macro lens. The device will have a 6.55-inch AMOLED FHD+ screen.